Dukes Bar: A chat with Alessandro Palazzi on life and whisky 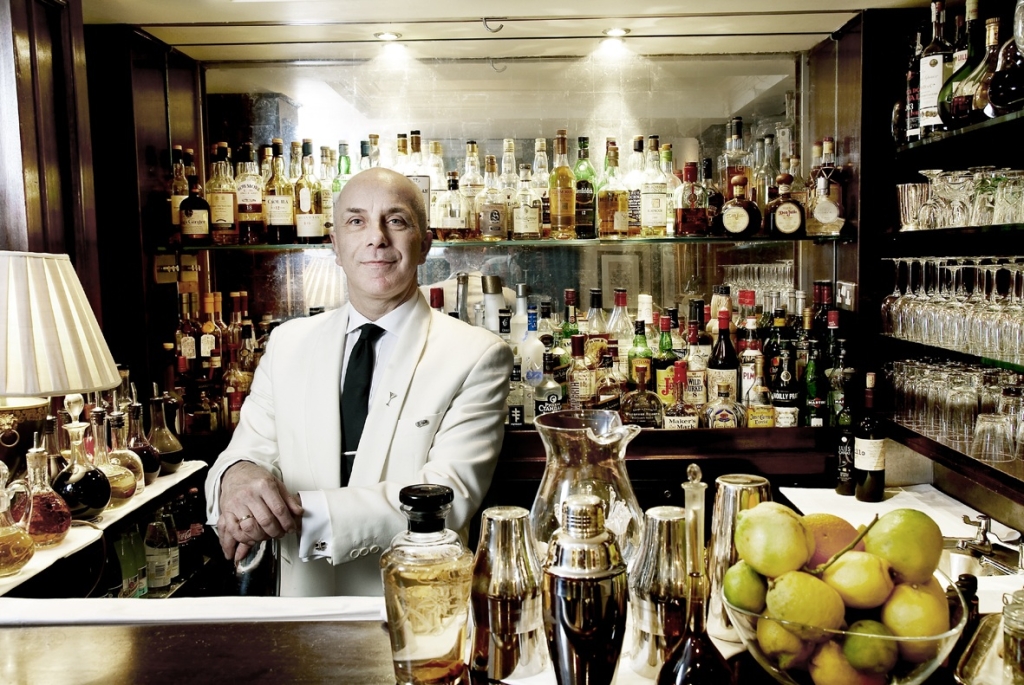 The thing about living in a city like London is that you’re pretty much always spoiled for choice. From food to shopping, theatre, bars and events, it never ends. So much so that I am almost always missing something for not having time to do it all.

But within that realm there is this fact: sometimes finding one place (restaurant/bar/park) that you know is always there can be as much of a joy as discovering the newest, latest, most exciting thing of the moment. As much as I love the quirky, crazy cocktail world that exists in London right now, sometimes a gal just wants to go classic; Chanel over Alexander McQueen if you will.

So this is what brings me to Dukes – a bar hidden away in Dukes hotel with class, style and solitude. Everything about walking down the little alleyway off of St James’s Place and finding its amber brick and cream exterior, to the old school grandeur of the place makes it special. And very much how I – when I lived in Canada, dreaming of a life in Europe – imagined London to be. Call it outdated but there is a unique quality to this city that appeals hugely to people who didn’t grow up with ancient buildings, with such ingrained history on one’s doorstep and Dukes has that down pat, the same way find cafes in Paris inspiring and bustling, hectic coffee shops in New York invigorating.

I first discovered Dukes before I got into the drinks world. I was a financial journalist and got invited there for a work catch up. I remember very strong martinis and the best olives I’d ever had (that’s saying a lot for someone who has – oddly – gobbled jars of olives since she was about two years old).

I next came across it when, speaking to Colin Dunn of Diageo one day, he told me about Alessandro Palazzi, the effervescent head bartender who runs Dukes Bar and who Colin does tastings with through their “Fabulous Negroni Brothers” pair up. Intrigued, I popped in one day when I was in the neighbourhood to meet Alessandro. I now find myself randomly turning up there at least every couple of months to at least say hello and drink a martini or Scotch. 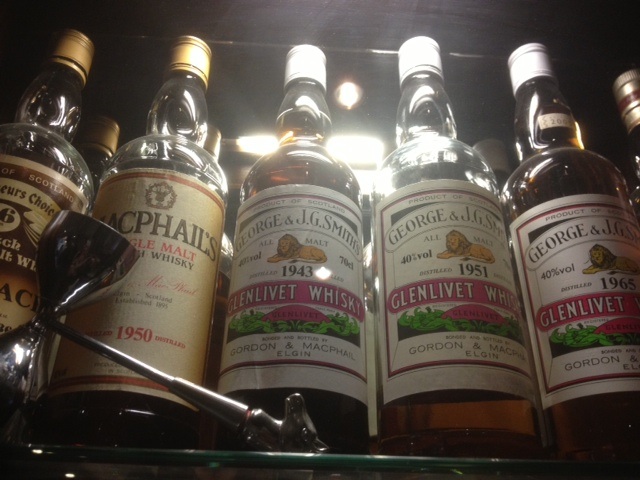 While Dukes is, ostensibly most renowned for its martinis – James Bond creator Sir Ian Fleming was famous for not only developing his ‘shaken not stirred’ idea here but also for writing his novels while in the bar – it is also highly dedicated to whisky, something I didn’t realise until I started mooching around the bar and noted many intriguing bottles in glass cases. This is also how I found out Alessandro is also a whisky lover and why, one day, we sat down for an interview to discuss his thoughts on whisky, the industry and the current changes affecting the whole of the whisky world right now.

First and foremost, I should highlight that Alessandro has an incredible history working in the drinks world. From the Berkeley Hotel in London and The Ritz in Paris in the 1970s, through to a rock-star laden bar in Holland Park in the 1990s (where far too many, unspeakable, off-the-record things were noted by his bar-tending eyes) and the Great Eastern Hotel at Liverpool Street (his favourite bar to run outside of Dukes), Alessandro has seen it all.

And it is his love of whisky that has fueled him throughout all of these years. It started back in his home country of Italy when he was a wee 16 year old. He was finishing catering college in Ancona and popped to a bar with “someone I looked up to” when it came to drinks. His friend ordered a Lagavulin, so Alessandro followed suit and never looked back.

He recalls those early days with a sort of misty-eyed pride and told me: “I was at catering college and was always cleaning these bottles of whisky from the bar there. I was mesmerised by the bottles but didn’t speak a word of English so I read them all and tried to understand. It was what attracted me to bartending.” 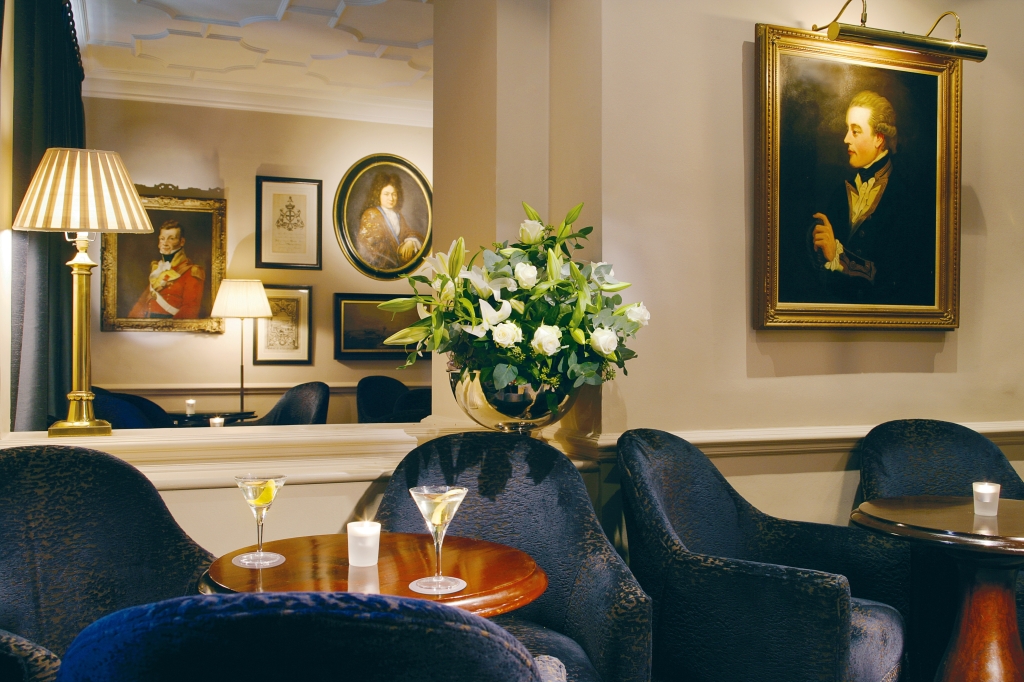 Now, after almost four decades in the trade, he still loves Islay whiskies. He attends the annual Islay whisky festival almost yearly but says he is sad to see how things are changing in the whisky world.

“Three years ago Colin and I went to Kilchoman on their open day. We arrived at 8am and we were so happy as there were only two cars in front of us so I knew I’d get a bottle. Then we realised they’d left the gate open overnight and there were already 50 people in the queue. I snuck around and found a separate entrance as all these people were running to the queue.

“And it was fine but the moral is, it’s silly – instead of people experiencing and enjoying whisky, they’re buying it to sell it. There’s a lot of whisky that’s just being put away in cupboards and it’s sad.”

This change in how people view whisky is his biggest bugbear, he told me, adding he’s very much of the camp of drinking whisky.

“I don’t buy whisky to sell it as a collector. I’m not a shop. I buy it to open it,” he commented.

In the bar, this includes a rare bottle of Pappy Van Winkle, which he managed to get a hold of for an American client who regularly comes in and likes to have it to hand.

As for the bar, he says things have changed there too. In the mid-1990s, he told me a bottle of Black Bowmore 1964 sold out within six months of it being opened.

“We used to be a place for ‘old money’. The place was filled with cigar smoke. We had a woman who used to come in and order cigars and spend £1000. It wasn’t because she was a show-off. It was because she loved good whisky,” he said.

The bar changed its tune in the early noughties, bringing in less expensive whiskies and focusing more on its martini history.

“We’ve now become a victim of our own success in that, making 300 martinis a night until 1am,” he said.

In order to balance things out, Alessandro says the bar “sits in the middle” with things like Laphroaig 18 (instead of 10) and Highland Park 18 (instead of 12), although the rammed back bar has a huge variety of whiskies to choose from.

Alessandro managed to tell me all of this over an afternoon – it was amazing to watch him get up and interact with all of the long-time, tried and test customers who floated in through the door over a couple of hours and to see how he knew them all, asked about their lives and families and did so with style.

And that’s my main point – a drink in Dukes will set you back a few bob but go in, introduce yourself to Alessandro and listen to his stories over a dram or martini (one of the latter will easily last you more than an hour). Because that is what adds real value to a drink in this day and age. It’s not just about the craziness or the theatre, but about the history. And Alessandro is certainly a don in that department.

Thanks to Alessandro Palazzi for taking the time out to chat with me about his life in drinks and to the team at Dukes for providing some of the images in this post.