Under an Irish whiskey spell

“It is fraudulent and nefarious!”

So exclaimed Irish distillers when speaking of the Coffey Still when it was first passed by them as a potential way of decreasing costs in the production of the spirit in the early 19th century.

And so came a fateful decision that would help to diminish the strength of the Irish Whiskey industry over the next decades. By rejecting the new type of still, Coffey (an Irish man) took his invention to the Scots who were only too keen to snap up the new technology for use in their blended whiskies, leaving the Irish behind in their dust.

The rise and fall of the Irish Whiskey distilling industry is something I have written about before on Miss Whisky (see my post on the Whisky Squad’s Irish tasting here).

But recently, I was treated to an even more in-depth historical lesson (including the aforementioned quote) and tasting by the industry legend and Midleton Master Distiller Barry Crockett at the Whisky Exchange’s headquarters near London Bridge. I review the whiskies we tried, here.

For instance, I finally found out why there is an “e” in Irish whiskey and no “e” in Scottish – when, in 1909 a commission in Ireland decided whisky made from the Coffey still could, in fact, be considered whisky (something that had been disputed by the Irish) producers there decided to differentiate themselves from the Scots and uphold their product as something different by including the “e”.

But, this was not enough to revive the fading industry. By this point, more than three million Irishmen and women had taken the pledge to be teetotal, while in the USA (a huge market for Irish Whiskey exports) Prohibition was just taking off. Irish product was further beaten down by the fact the demand was still high for their whiskey (due to the sheer number of Irish blooded settlers in the USA), which led to much illegal production and mixing of neat Irish Whiskey with rotgut spirit which made people ill. Finally, in 1932 a trade war with England, known as the Economic War, saw Irish product banned from being sold anywhere in the British empire, which was nearly 25% of the world at that point. No small legality.

However, like most things in this world, some things go down in popularity before coming back up the wheel of favourable fate. Now, eighty years later, Irish whiskey is beginning to really pull itself back on top. At the recent Whisky Icons awards (put on by Whisky Magazine) Irish Distillers – the company that makes single pot still whiskies like Redbreast, Green Spot and Powers John’s Lane – won the big awards on the night, including Distiller of the Year and Brand Innovator of the Year. 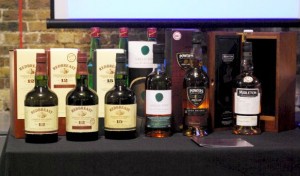 Now, if you’ve not sampled Irish Whiskies before, this might mean you have a lot more access to them in the future. But, if you’re happy with Scotch, what would make you want to try its easterly cousin?

Well, at the moment, it feels like there is a revival within this industry and the products that are coming out are rather delicious indeed. Plus, the single pot still whiskies – such as the Redbreasts or Green Spots – are slightly different in what they provide the tastebuds. This is because there is a higher proportion of barley in the original grain compounds that make up the whiskey. In pot still whiskey, there is often 60-70%, which is important for both taste and aroma, creating softer notes of apple, pear and peach. The grains are also normally heated at a lower temperature over a longer period of time at the malting stage, which increases those sweet flavours. In addtion, most Irish whiskies are triple distilled, which means the new make spirit has a much higher alcohol content (80-85%) when it goes to the cask. This allows those lighter, fruity notes to be captured from the start. 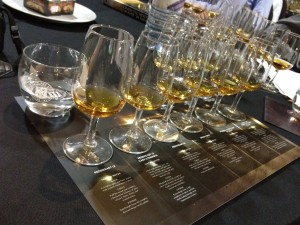 Barry – who has 40 years of experience in the Irish Whiskey industry – is convinced this Renaissance is not going to be any short-lived thing. Speaking on the night, he told the gathered group: “I believe single pot still whiskey will effectively do to the restoration of the image of Irish Whiskey what single malt has done for Scotland.”

And with awards and big investment happening in Ireland, one can only hope this will come to pass. A bit more competition for Scotch can only keep their practices and “water of life” ever better, while the greater variety of flavours for the consumer will inevitably garner more lovers of whiskies.

Many thanks to The Whisky Exchange for inviting me along to the tasting and to Billy, who provided the post’s photos after I forgot my camera!