A Squad of Whisky Lovers 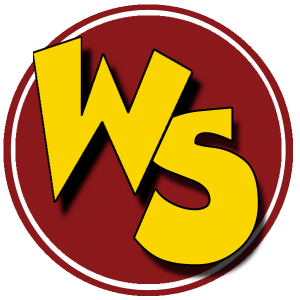 I have been wanting to get to an event with The Whisky Squad for months. But, every time I checked the schedule of exciting tastings, I already had something on. So, I was thrilled to discover that I would be able to attend their Irish tasting at the start of March, having nothing booked in already.

If you’ve not heard of The Whisky Squad, they aren’t superheroes nor do they fight local crime (at least, not that I know of). They are a relaxed and friendly London-based whisky tasting club started by Jason B. Standing and Andy Tate, after they were inspired to do something locally after seeing what the folks at Brighton whisky tasting club Malt’n’Copper were up to.

“The idea of getting people together monthly sounded cool so we figured out how to do it and then did it,” says Jason.

Since it started in 2010, interest has grown substantially and Jason can now call on a mailing list of over 150 people. The group organises at least two tastings a month but keeps a focus on ensuring sessions are fairly limited in order to avoid it becoming impersonal.

“Enjoyment of whisky is as much about occasion and company as it is about the spirit itself, so we wanted to get something going whereby anyone could come along irrespective of their background or expertise, feel comfortable asking questions and meet some cool people whilst trying whiskies we’d never think twice about busying a bottle of individually,” he adds.

The Squad’s tastings often offer a chance to try something a bit different. They’ll be doing a “new make” event at the start of April, to give people the chance to try the spirit alongside the whisky it eventually goes on to make, and will be turning to whisky cocktail concocting with the help of the folks at Monkey Shoulder mid-month.

The tasting I attended (#31) was hosted by the veritable bank of Irish whiskey knowledge that is Tim Forbes, who runs the blog for the Whisky Exchange. Previous to this tasting, I’d had little exposure to Irish whiskey except during a jaunt there on holiday last autumn and I wasn’t disappointed. 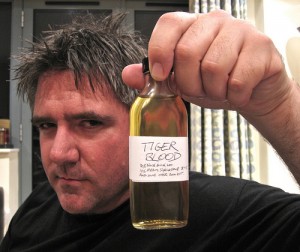 We tried a fantastic list comprising six whiskies, which I review here. The only tiny let down of the evening was when Tim’s favourite – the Powers 12-year old, single pot still – was found to be corked, a proper rarity in the whisky world.

By the time I left the Gunmakers Pub in Clerkenwell, I not only felt far more educated in Irish whiskey but rather merry indeed. Given how much I learned, how relaxed the session was and how friendly the fellow Squad members were, I was absolutely impressed with the price tag of £15. And I can’t wait to get more Whisky Squad dates firmly on my calendar before it gets all filled up!

For more information on the Whisky Squad and to view its upcoming events – including an Indian food and whisky pairing at Dishoom on the 22 April – head to: www.whiskysquad.com