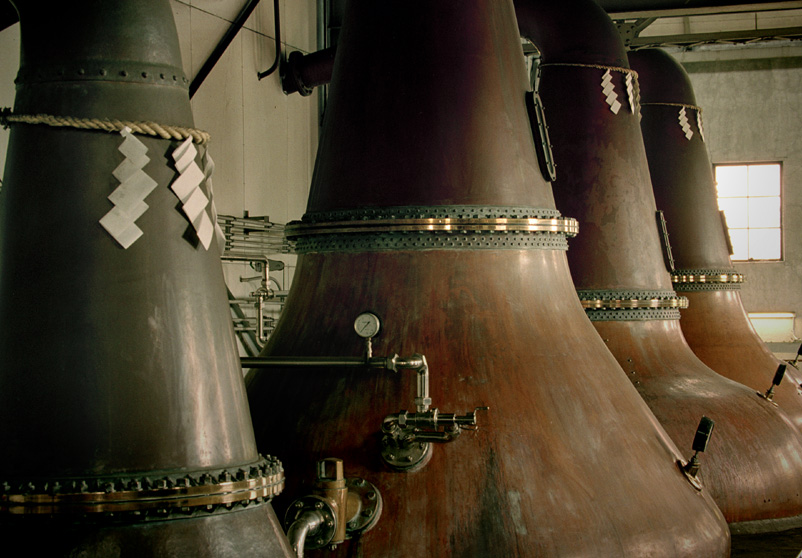 Stills at the Yoichi Distillery in Japan

Whenever I do a whisky tasting these days, the question arises as to what I think of Japanese whisky. Even the most beginner of whisky drinkers seems to be clued into the fact there’s a big old whisky market out there and the one most people are curious about is Japan.

I’ve written about my love for Japanese whisky here on Miss Whisky in the past, and have been constantly impressed with everything I’ve tried. The meticulous care put into the making of these whiskies always stands out and I’ve yet to have one that’s fallen short. As such, when people ask me about Japanese whisky I can’t help but recommend them. 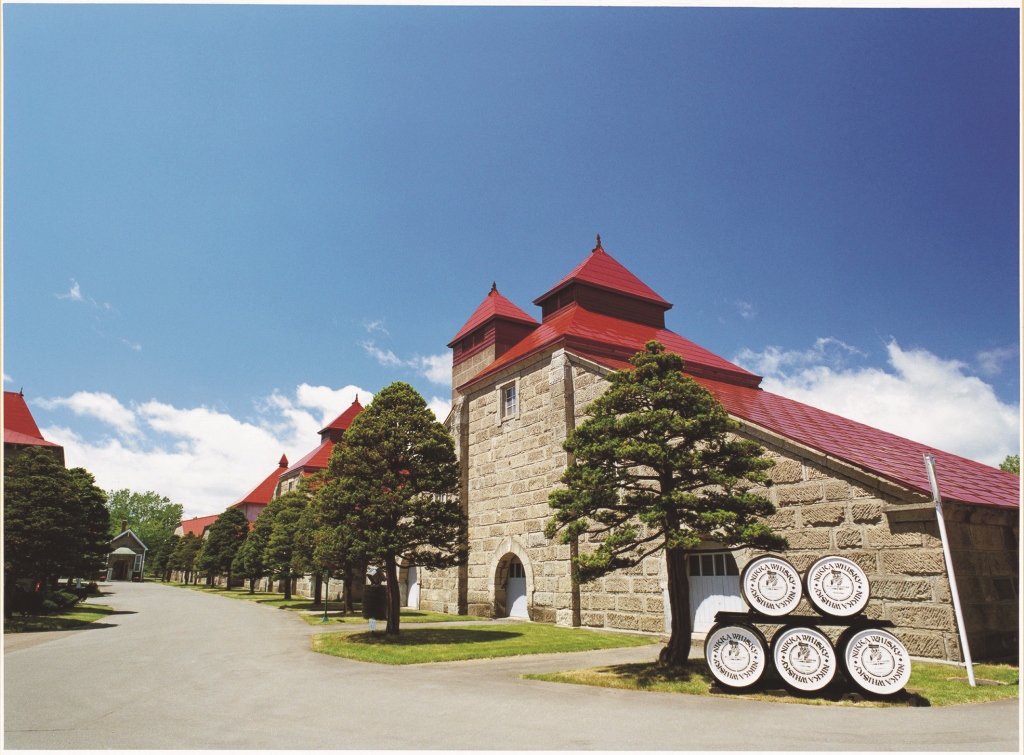 However, there was still one big company that I had not had a chance to try many releases from yet, one that was missing from the repetoire. That company is Nikka, which – I’ve discovered – traces its roots to the very beginning of Japanese whisky creation.

Let’s start in 1918 for this is the year that Masataka Taketsuru headed from his birthplace of Japan over to Scotland on a mission to learn about all things Scotch. Born into a family of Sake producers in 1894, he trained firstly as a chemist before being employed by an Osaka-based company, which had the plan to start making Japanese whisky. They sent him to Scotland to learn the tricks of the trade.

Once in Scotland, Taketsuru studied at Glasgow university where he also fortuitously met the love of his life: Jessie Roberta Cowan (or, Rita, as she later changed her name to this). The couple married and she left behind her homeland to travel back to Japan with him in 1920 – a huge thing at the time.

But, Taketsuru’s course in life was to be altered when he returned home. Despite having the knowledge base, the company which originally employed him was unable to go ahead with the project, leaving him with no distillery to work at. It was in 1923 that he met the founder of what would later be known as the Suntory whisky group – Shinjiro Torri – and helped him construct Japan’s first whisky distillery, Yamazaki.

Taketsuru was given a 10-year contract at the distillery and so stayed until 1934 when he decided to push forward his dreams of creating a whisky distillery of his own. But the change was not to be easy and it came down to Rita to support the couple by teaching English while the distillery got off the ground. In fact, Rita’s entire contribution was rather sensational and she was both an inspiration of her time and a big reason for the distillery’s initial success.

Yoichi – located 50km from Sapporo, near to the sea – was Taketsuru’s first distillery. The whisky produced there has always been peated and to this day continues to use coal-fired stills.

He followed this up with the building of the Miyagikyo distillery in 1969 in Sendai. This distillery included a coffey still in order to produce grain whisky and further expand the range.

The company’s brands are today distributed in the UK by Eaux de Vie and around 17 variations are available out of the 60 or so that the company produces. 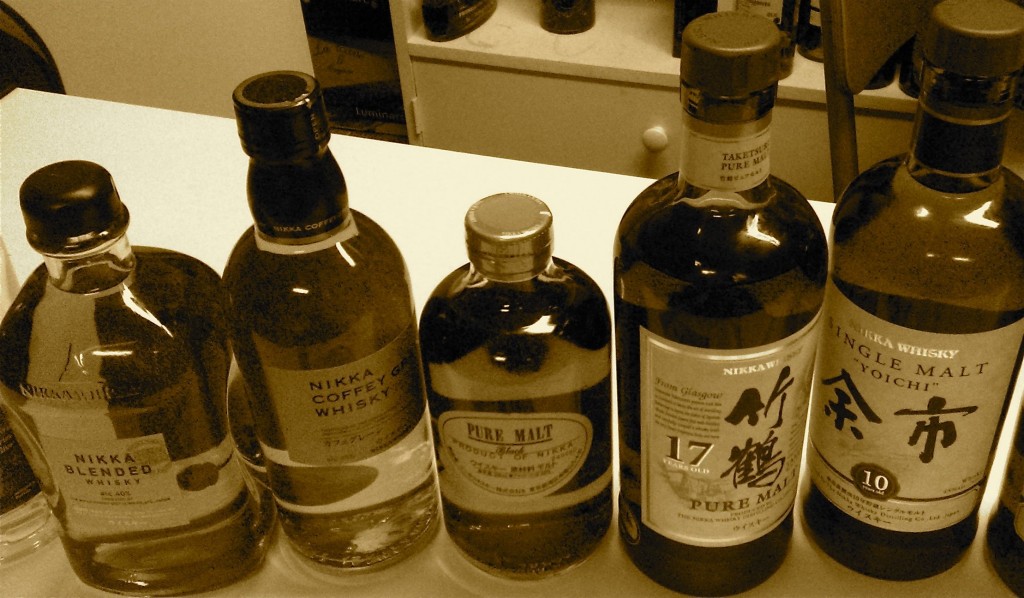 Of those, my favourites were the Nikka Pure Malt Black and the Nikka Taketsuru 17.

The first is bottled at 43% and contains a high percentage of peated malt produced at Yoichi. It’s sold in the UK in 50cl bottles and costs around £37 in most retailers.

On the nose, while there was a definite presense of smoke, there was an additional salty side that made me think of fresh sea air. On the palate, it was quite spicy but with more floral, peachy elements than I was anticipating, which helped to balance out the smoke. 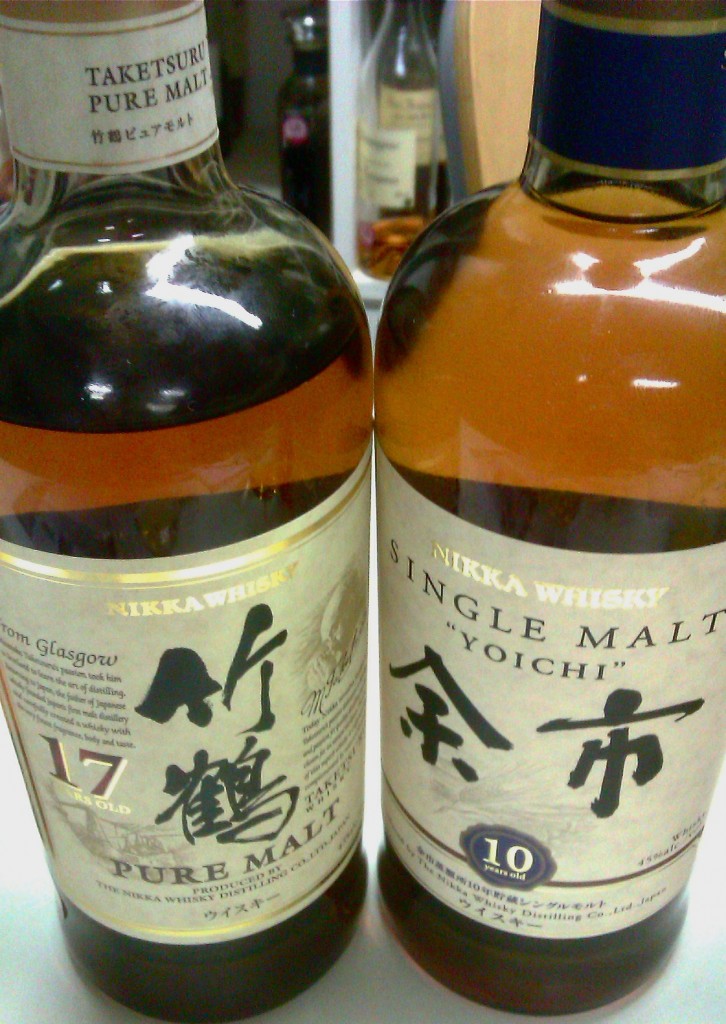 The Taketsuru 17, meanwhile, is made from a 50/50 split of malts from Yoichi and Miyagikyo distilleries, much of which has been matured in ex-sherry casks. Bottled at 43%, it is sold in the UK in 70cl bottling and costs around £80.

What I loved about this whisky was its elegance. It was quite light at first but you could immediately tell there was still a lot going on there. On the nose, it had an almost velvety texture, that was filled with honey, floral (fruit blossom) and slightly salty notes. On the palate, it was very seductive, with loads of fleshy fruits (oranges, cherries, peaches) along with a hint of spice to give it some extra backbone. It was one classy dram and I could easily drink my way through a bottle of it.

As always, I was shown that Japanese whisky does not disappoint. In an upcoming feature, I’ll be exploring the world of Chichibu and Kariuzawa, so be sure to look out for that if you’re keen on your Japanese whiskies. I think they’re a wonderful addition to any whisky lover’s cabinet of drams and I hope you’ve found one (or more) that show off the category in its best light.