There’s few who would debate the buoyancy of the whisky industry the past couple of years. More distilleries keep coming on board, and more releases keep hitting shelves. For whisky lovers, there seems to be a never-ending stream of new things to choose from.

It has been fantastic to witness this growth and get the chance to write about the various start-up stories abounding right now.

One that came to mind for me, of late, was that of Gregor Hannah, who formed Hannah Whisky Merchants. Gregor contacted me soon after officially starting up, telling me about what he was doing and asking if I’d like to try a couple of the whiskies he was bottling as a new independent bottler called Lady of the Glen (LotG). What struck me most was the fact Gregor was as young as many of the whiskies he was bottling, but certainly not lacking on drive or determination.

Since our interview back in 2013, Gregor has gone on to win numerous accolades: from getting funding from The Prince’s Trust, to picking up a YoungEDGE grant and being shortlisted for a Bank of Scotland Enterprise Award, he’s been doing great things.

I recently had the chance to sample one of his latest releases, a 16 year old Ben Nevis, and was really wowed by it. It’s still available on his site here and I’ve put my tasting notes below.

I’m always impressed by people who grab onto an idea – as Gregor did – and put their all into seeing it happen. The whisky industry is brimming with tales like this just now, and I think it’s all the better for it. 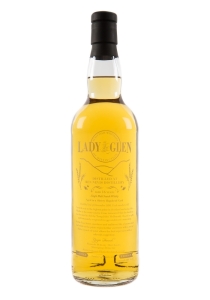 In conclusion: Complex – tastes older than it is. Doesn’t have many notes of a super sherried whisky; quite elegant and gives a lot. Very enjoyable and one to drink at any occasion.