“There’s such a wonderful camaraderie around whisky that attracts people from all walks of life and it’s a joy and honour to meet those people and share their enthusiasm and learn from them.” – Kelly Carpenter. 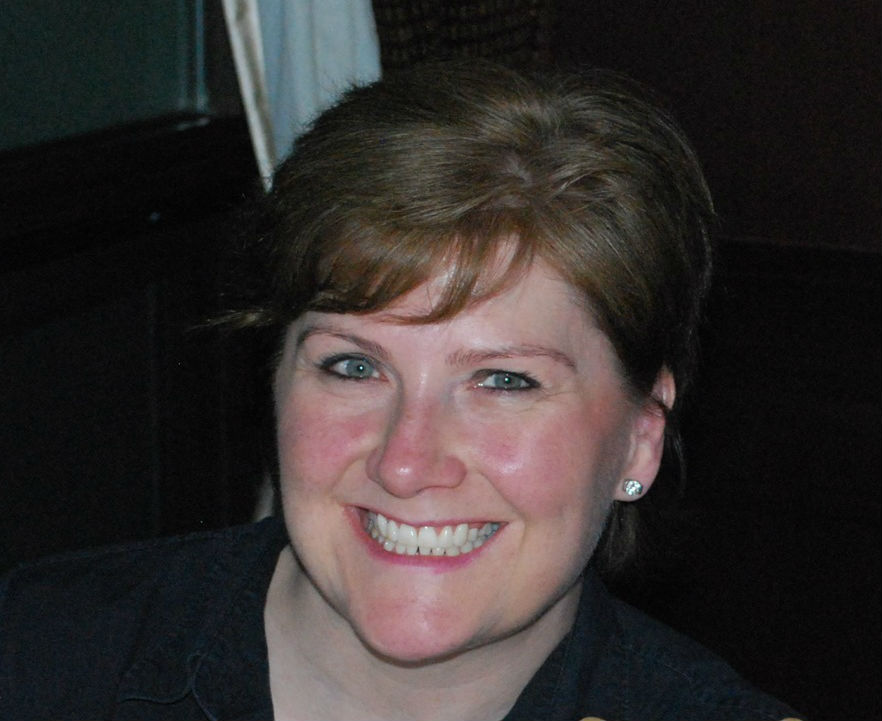 Kelly Carpenter is a founding partner – along with husband Rob – of the Scotch Malt Whisky Society’s Canadian branch, which the duo launched in 2011.

In this Whisky Women interview, she speaks about why she fell in love with whisky, how forming the Society came about, why it’s  important to follow your passions and what SMWS dram she could live on forever.

What was one of the first whiskies you fell in love with?

Aberlour a’bunadh is one of my early loves; I’m partial to a big sherry bomb and this consistently fits the bill.  I’m currently working through Batch 36 and will be sad when it’s done!

What makes you passionate about whisky?
Obviously a love of the drink itself, but I think more than that it’s the community around it. I’ve been lucky enough to meet incredibly wonderful and interesting people in the industry over the last several years and their passion is contagious. It’s impossible not to feed off of the enthusiasm of others which only serves to reinforce why I got into the business.
You helped form the Canadian branch of the SMWS just over two years ago – how did that come about?
My husband (and business partner) Rob and I lived in Edinburgh for a time while he did a Master’s degree at the University of Edinburgh.  We joined the U of E’s Water of Life Society where we met fellow student and Canadian Sam Simmons who took us to the Society’s “spiritual” home in Leith – The Vaults.  As we sat in that magnificent Members’ Room, enjoying mind-blowing single cask whiskies, Sam was musing about how great it would be to bring the Society to Canada.  His feet were firmly planted on UK soil at that time though, while we knew we’d be heading back home, so upon our return we called up the Society’s Managing Director and, well, as they say, the squeaky wheel gets the grease.  After jumping a few regulatory hurdles, we launched in October 2011 and have never looked back.

What do you enjoy most about your current role?

Other than being lucky enough to try a vast array of wonderful whiskies, I thoroughly enjoy the people I get to meet – not just our members, but all the industry folks, in every role, from retailers to brand ambassadors and master distillers to writers, bloggers and everyone in-between.  There’s such a wonderful camaraderie around whisky that attracts people from all walks of life and it’s a joy and honour to meet those people and share their enthusiasm and learn from them.

How do you see the Society developing in Canada?

While we’re thrilled with where we’re at after two years, obviously we’d love to see continued growth.  We have already launched “Partner Bars” in Calgary and Vancouver and there is a Victoria one in the works (stay tuned!).  We’d love to be able to tap into other provinces, and we know the interest is there, but we have significant challenges in this country in that each province controls its own liquor distribution process and some provinces are much more ‘controlled’ than others.  We’ve had offers of help from all kinds of people who hope to see our products in their home province, and we believe in “never say never” – it’s just a matter of time hopefully!
We would also love to have Member’s venues, in the style of The Vaults and Queen Street in Edinburgh, or Greville Street in London, but that presents a whole different level of challenges that we have to make sure we’re ready to tackle and be successful at.
What are you most proud of when it comes to your work in whisky?
Up until very recently, both Rob and I have had full-time day jobs during the whole process of launching and running the branch, so I’m very proud of our dedication and perseverance over many, many evenings and weekends to get the branch to where it is today.  It is still just the two of us running the show (at least in the back office; we are also reliant on and grateful to our retailers and partner bars who put just as much effort into promoting the brand in their establishments) but we’ve learned how to make certain systems more efficient and now that I’ve left my day job and am full-time with our branch, we can get a bit of balance back.  No complaints, though!  It was a choice we made to embark on this journey and when you’re lucky enough to turn your passion into a business, it feels less like “work” – mostly.
Do you think more women could or should be involved in the whisky world?
Certainly, but we can’t overlook that there have been women in the industry since its very early days.  I’ve never been a big fan of delineating along gender lines – if people, male or female, want to get into the whisky world and learn and contribute, then the industry will welcome them with open arms.
Why would you recommend someone get involved in the whisky world?

The minute someone sits down with a dram, they’re already involved in the whisky world. I think it’s a question of how far they want to immerse themselves. There are those that are absolutely content to enjoy that dram and that’s as far as they want to go with it. Then there are those that look at the liquid in that glass and ponder the bigger picture – how is it made?  What is its history? How can I find out more about it? Once you start seeking the answers then you’re getting involved in the whisky world on a deeper level.

If you had to choose three society drams to drink the rest of your life, what would they be and why?

Oh, trick question!!  Since all our bottlings are single cask, I could never drink the same three for the rest of my life.  A concept which, while heartbreaking when I finish a favourite, is also exciting knowing there’s always another gem coming down the pipe. That said, I would be completely content to have a never-ending supply of 2.81: “Black tea in a greenhouse.”  Wishful thinking…

What is one of your favourite memories involving whisky drinking?

I’ve been lucky enough to have several extraordinary moments, but a real highlight was standing in Bowmore’s Number 1 warehouse with a small group of friends trying the White Bowmore straight from the sample bottle; we were the first people outside the company to try it.  The whisky itself is amazing but to sample it in that setting made the experience even more special and one I won’t ever forget.