“There is more than alcohol in a glass of single malt. It is the whole of Scotland that one inhales and tastes.” – Martine Nouet 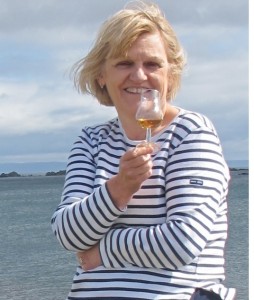 Martine Nouet is a celebrated food and whisky writer and chef. She was previously the editor of Whisky Magazine France (a helm she held for six years). Here she speaks of her determination to write about whisky, why she doesn’t believe in positive discrimination to get more women into the industry and her favourite memory of whisky drinking, shared on a beach with whisky writer Michael Jackson.

You’ve had an illustrious career so far, spanning editorial and hands-on whisky work. How did you get started?

I was a food writer for a catering magazine in France. And one day, at an editorial meeting, I insisted on being in charge of the annual whisky feature. It was not easy as, in a chauvinist way, drinks features were the private hunting ground of the male writers. But I am stubborn. I got it and all started from there…

Do you remember the first whisky you tried that you loved?

The first whisky I ever tasted was a blended scotch whisky at a students’ party (I was a teenager then!) and I’d rather not remember how I felt after overindulging myself! Bad start! But years and years later, I tasted a few drops of Tamdhu single malt after visiting the distillery in Speyside and that tasted like a nectar.

I think I fell in love with a Caol Ila 12 year old, which I first tasted after a visit to the distillery, admiring a rainbow over the Sound of Islay.

You launched Whisky Magazine France and were its editor for six years. Do you miss being involved in that on a day to day business?

I loved Whisky magazine. It was a fantastic adventure and also challenging. But I don’t look back. I work differently now. Different horizons, different problems – always as interesting. Boredom is not my thing! Nor regrets…

You are known as “The Queen of the Still” in France. How does it feel to be so respected for your work?

It is very rewarding of course. But I can’t help thinking I am just doing my job and there is nothing extraordinary about that. I am not Marie Curie!

Why were you inspired to focus on whisky and food pairing?

Simple – I was a food writer; I love my food. I got fascinated by spirits, especially whisky. I wrote more and more on whisky but I did not want to give up my food. So I thought, what if I marry them? I did a few experiments and liked them. Then I dived deep into food and whisky pairing so that I could go along with my two passions.

What do you enjoy most about the work you do focusing on food and whisky matching?

I am fascinated by the way flavours work together. That constant quest for harmony is terribly exciting. Travelling to different countries widens my culinary horizon. I like to test new combinations. Novelty, sharing, experiencing…all that is wonderful. 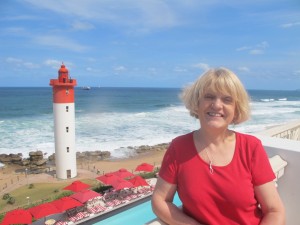 What has been one your favourite events you’ve put together to do with whisky and food?

That’s really difficult to answer as I have liked all the events I have taken part in or initiated. I have great memories of the Ardbeg dinners I designed and hosted during Feis Ile (Malt and Music Festival on Islay) because of the special atmosphere, because I cooked for 35 people. But I also love the Aberlour Dinner I host during the Speyside Whisky festival.

What achievement are you most proud of in your career?

I think, having developed the interest for sensory experiences maybe I have contributed to creating a new approach to whisky tasting.

Do you feel more women should or could be involved in the whisky industry?

There are more and more women involved in the whisky industry. They can hold their place as well as men. It is just up to the individuals to choose their career paths. I would hate positive discrimination. So let’s let things evolve naturally…

Why would you recommend someone who’s never tried a good single malt to give it a go?

Because it is always exciting to try something new. Because there is more than alcohol in a glass of single malt. It is the whole of Scotland that one inhales and tastes. Because anything that awakes your senses is a good experience.

What is your favourite memory of whisky drinking?

The dram of Laphroaig 10 year old that I shared with my dear friend Michael Jackson as we sat on the sand on the Big Strand on Islay, a 12 mile long beach on Islay a few years ago. It was his first “outdoor” dram; I remember it as if it was yesterday.